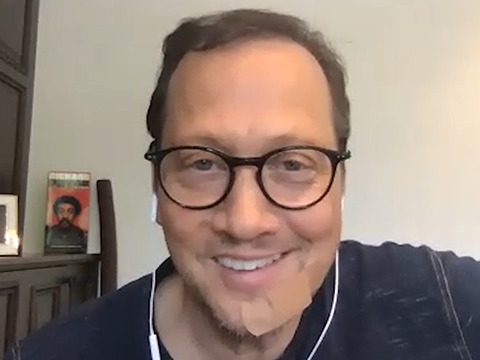 Rob Schneider has been making us laugh for decades, and with everything going on in the world right now, we need to laugh more than ever! Luckily, just before the pandemic hit, Rob recorded a standup comedy special for Netflix, "Asian Momma, Mexican Kids", which you can stream now! Young Hollywood catches up with the comedy icon via Zoom where we find the quarantine wearing thin that even regular karaoke sessions no longer suffice! Rob tells us the concept behind his special and reminisces about his childhood growing up in the San Francisco Bay area with his Asian mother, and he reveals why he no longer stand pizza! He also scoops us on the duet with his singer daughter Elle King that occurs in the special, plus he tells us whom he hopes will watch the show and reveals the only way he can make his comedy writer laugh!