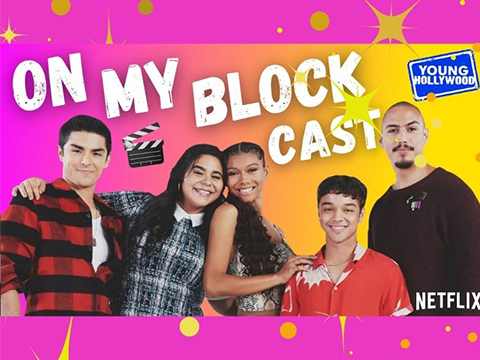 Over the past four seasons, the diverse and unique-yet-relatable characters on Netflix's "On My Block" have become like family to us, and it's no different among the castmembers themselves! Now it's time to say goodbye to these plucky inner-city Los Angeles teens in their final season, and Young Hollywood catches up with the actors via Zoom to do just that! Julio Macias (Spooky), Brett Gray (Jamal), Jason Genao (Ruby), Sierra Capri (Monse), Diego Tinoco (Cesar), and Jessica Marie Garcia (Jasmine) chat with us about how COVID protocols made filming the final season difficult, not just physically but emotionally, and how their interpersonal relationships off-camera have evolved since Season 1. They also speculate on what their characters would be doing 5 years from now, plus we play a game of "Who's Most Likely To" to find out who is most likely to forget their lines, who's the biggest simp, and more!