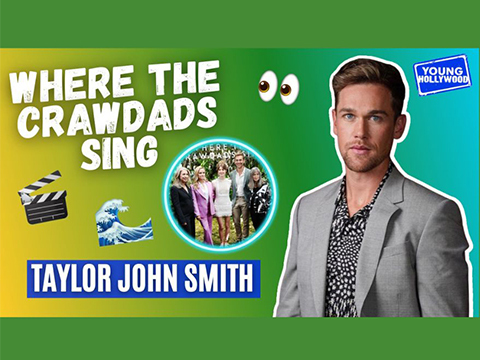 Delia Owens's mystery novel 'Where the Crawdads Sing' caused a sensation when it hit bookshelves in 2018, and now, with the help of producer Reese Witherspoon, the beloved book has now become a beloved movie, renowned for its faithfulness to the source material and especially it's crazy talented cast, including Taylor John Smith as Tate Walker! Around the same time the book was dropping, Taylor was making a name for himself thanks to the HBO miniseries "Sharp Objects", so he is no stranger to heavy material. Young Hollywood catches up with Taylor via Zoom to find out more about his experience working on this film, including his on- and off-screen chemistry with leading lady Daisy Edgar-Jones and how involved Reese really was. He also comments on the movie's popularity among TikTok users, plus he gives us his favorite Taylor Swift song (aside from the one she composed for the film, "Carolina") and reveals who he initially thought was the killer!