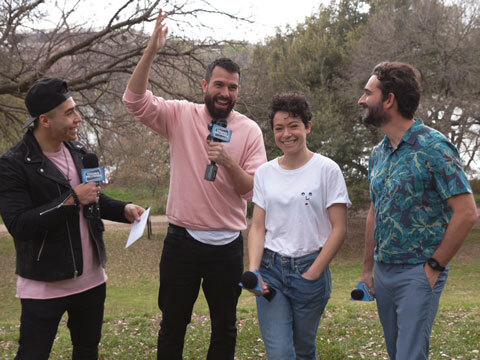 Most know Tom Cullen as an actor from such popular TV shows as "Downton Abbey" and History's "Knightfall", but it was a fateful guest appearance on BBC America's "Orphan Black" that led him down the path to his directorial debut, 'Pink Wall', which premiered at SXSW! Young Hollywood catches up with the writer/director in Austin, along with his insanely talented stars, Tatiana Maslany and Jay Duplass, to find out more about this unorthodox take on relationships! Tatiana and Jay reveal what drew them to the script, and Tom tells us how the project came together, plus we find out the rather scandalous meaning behind the title! The threesome also share with us some of their biggest, most life-changing moments!