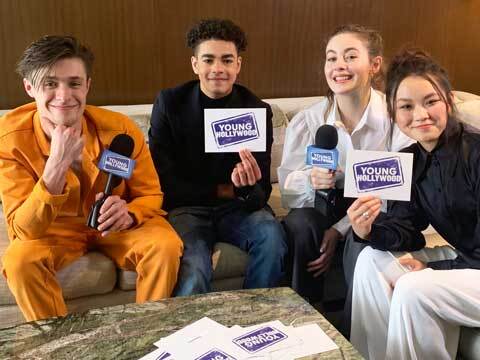 The Letter for the King Cast Reveal Their Ideal Epic Adventure

Netflix's "The Letter for the King" is a 6-episode coming-of-age fantasy series that follows the epic adventures of a young squire determined to deliver -- you guessed it! -- a letter to the king! The show boasts a host of rising young talent from all over the globe, including Amir Wilson, Ruby Ashbourne Serkis, Gijs Blom, and Thaddea Graham! Young Hollywood catches up with this fearsome foursome where we find out more about their experience on this production and other behind the scenes secrets by challenging them to interview each other! Find out who the prankster was on set, who was most likely to break into laughter during a serious scene, and who you could most often spot at the craft services table, plus the actors reveal what show they'd love to do a crossover episode with and who they would love to have as a guest star on the series!