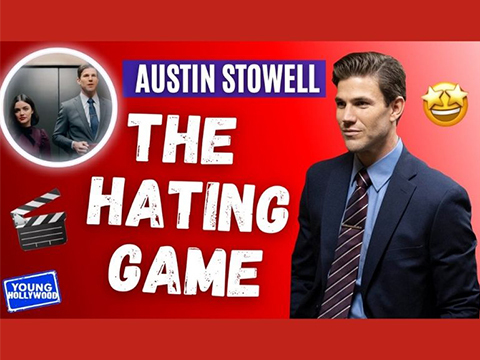 Boy meets Girl. Girl hates Boy. Boy hates Girl. Boy and Girl fall madly in love. It's a tale as old as time, and we will never get enough of it! This time, the Boy and Girl in question is Austin Stowell and Lucy Hale in their holiday-adjacent rom-com 'The Hating Game', based on the much-loved novel of the same name by Sally Thorne! Book-to-film adaptations can be tricky, but luckily the fans seem to approve! Young Hollywood caught up with Austin just before Christmas (and his birthday!) to discuss his experience working on this film and with Lucy, who was instrumental in his participation! He also revealed how much he knew about the books going into production, plus he told us why he would love to land a series gig and his favorite TV show of all time! 'The Hating Game' is now on Digital and VOD!