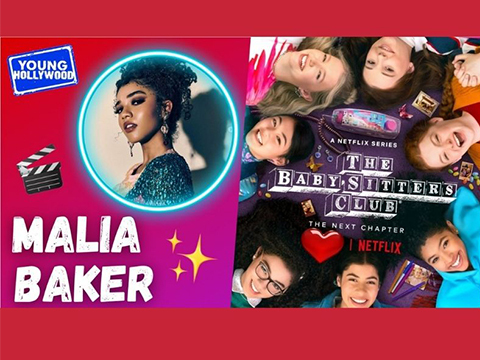 When actress Malia Baker learned that she had landed the role of Mary Anne Spier, the shy, bookish club secretary in Netflix's "The Baby-Sitters Club", it was a match made in heaven, as she was the character from the books that she always related to the most! Young Hollywood catches up with Malia over Zoom to chat about her experience working on this series, which is now in its second season, including some of her favorite Mary Anne fits and the story behind the name of the group chat with her co-stars! She also discusses her activism and her collaboration with the amazing Girl Up foundation, plus we play a game of "Who's Most Likely To" to find out which of her castmates makes the most TikToks on set, who's most likely to go Harvard, who gives the best advice, and more! Season 2 of "The Baby-Sitters Club" is now streaming on Netflix!