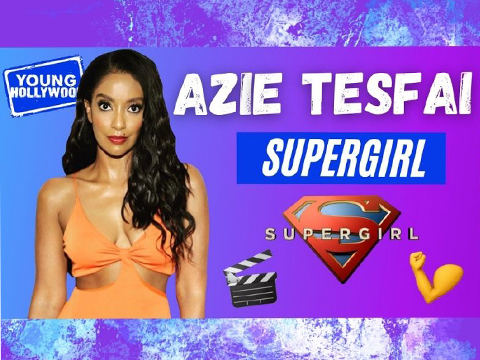 Ever since her appearance in the fourth season of The CW's "Supergirl", actress Azie Tesfai has brought so much to the Arrowverse in terms of her undeniable talent, energy, East African representation, and now her very own brain! Azie recently made Arrowverse history by becoming the first actor from the DC television franchise to co-write an episode (in this case, the Season 6, Episode 12 episode "Blind Spots")! Young Hollywood catches up with Azie via Zoom to find out more about this amazing opportunity and also her thoughts on the final season in general. She tells us how her co-writing gig came about and how much input she had on her character Kelly Olsen's Guardian superhero costume. She also reveals the very unexpected occupation she dreamed about as a kid, plus we play a game of "Who's Most Likely To" to find out whether she or Kelly would be most likely to be late to work, win a million dollars, commit a crime, and more!