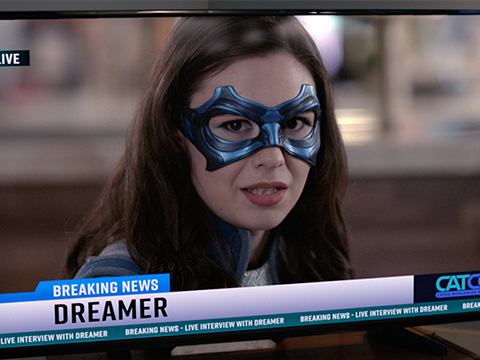 Nicole Maines was a real-life superhero to a lot of people even before she played one on TV. Having helped pave the way for trans actors in mainstream television, Nicole cemented her place in pop culture thanks to her role as Nia Nal/Dreamer on The CW's smash-hit DC series "Supergirl", and we can't wait to see how far she can soar too! Young Hollywood chats with the actress over Zoom to talk more about her experience on the show, including which character her parents seem to favor(!), her favorite memory from set, and which of her co-stars she usually turns to for advice. Plus, she tells us what else she hopes to accomplish once quarantine is over, and she plays a Game of Go-Tos where she reveals her favorite clothing & makeup brands, emojis, and YouTube channel!