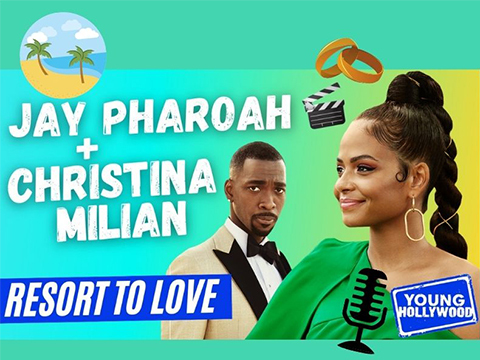 Christina Milian is known for killing it in both the movie and music scenes, and Jay Pharoah is known for his hilarious work on "Saturday Night Live"; now, the two come together for Netflix's new rom-com 'Resort To Love' playing exes who are thrown back together under the craziest of circumstances! Young Hollywood catches up with the talented twosome over Zoom to get more scoop about this project and hear them sing each other's praises (which we eagerly second on both their behalves)! They also tell us how the cast has kept in touch after filming wrapped, plus we get a peek into their lives via their phones to find out the last co-star from the film that they received a text from, the last selfie they took on set, and more!