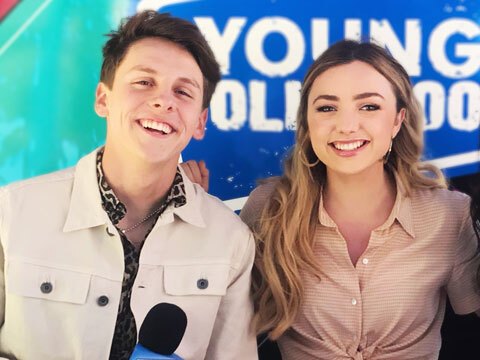 Season 1 of YouTube's "Cobra Kai", a sequel to the classic '80s movie 'Karate Kid', proved to be such a hit with all ages that a second season was immediately ordered, and this time around they have added former Disney kids Peyton List and Jacob Bertrand to the lineup! We welcome the two newbies aboard the Young Hollywood Tour Bus to get all the scoop on these exciting new roles and what we can expect from Season 2! Peyton and Jacob reveal their differing levels of karate experience coming into the show and whether or not they were familiar with the original film prior to casting, plus they talk their favorite moments on set and why they think the series has such a cross-generational appeal. Stick around for when Jacob teaches us a quick but effective karate move!