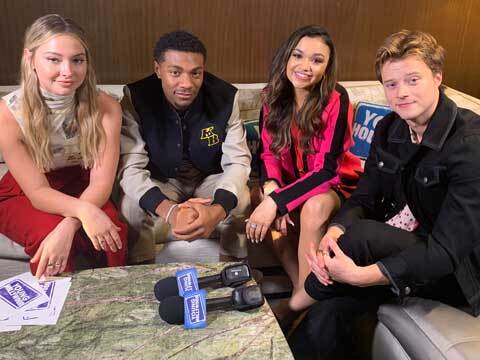 Outer Banks Stars Interview Each Other

Netflix's mystery drama "Outer Banks" took the streaming world by storm when it dropped in April of 2020 and has been capturing our collective imagination ever since! While we eagerly await a follow-up season to the hit series, Young Hollywood catches up with the cast, including Madelyn Cline, Jonathan Daviss, Madison Bailey, and Rudy Pankow, where we challenge them to interview each other to discover some behind the scenes secrets! Find who the prankster on the set is, who's most likely to be found at the craft services table, who likes to sleep between setups, and more! Plus, the actors reveal what animated Netflix series they'd love to do a crossover episode with and why they'd love to have Idris Elba as a guest star!