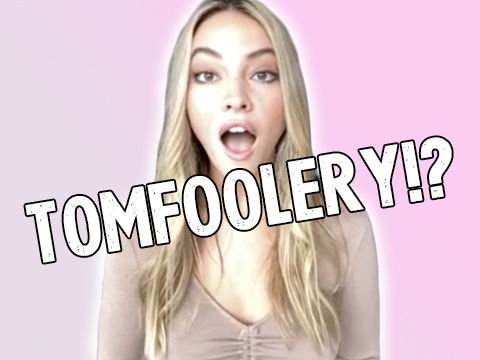 Madelyn Cline first entered pop culture consciousness as Hawkins High party girl Tina in Season 2 of the smash-hit Netflix series "Stranger Things"! Now, she got a Netflix hit of her own with the insanely popular mystery-drama "Outer Banks" as queen bee Sarah Cameron and also stars in the big screen thriller 'The Giant'! Young Hollywood joins Madelyn via Zoom where she is chilling on her off-day from shooting Season 2 of OBX in Charleston, South Carolina. She laments her inability to post more behind-the-scenes "tomfoolery" content with her castmates, as she runs the risk of spoiling the show, and she tells us more about her film project, which premiered at TIFF. Plus she reveals whether she prefers being a blonde or brunette and tells us her friends' reactions to co-star Chase Stokes announcing their relationship on social media!