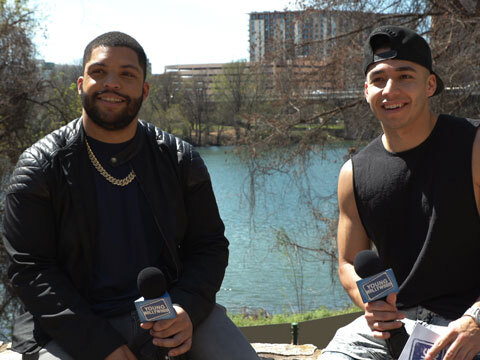 O'Shea Jackson Jr. has stardom in his blood. After his breakout performance in the Oscar-nominated film 'Straight Outta Compton', he is now making a transition to comedy with 'Long Shot' (not to be confused with his dad Ice Cube's 2008 movie 'The Longshots')! Young Hollywood heads to SXSW in Austin where we sit down with O'Shea and get the scoop on his character in the film, who is essentially a hype man for Seth Rogen's character as he attempts to win the affections of Charlize Theron. O'Shea tells us about some funny moments in the film, including getting to work with R&B legends Boyz II Men, plus he discusses his role in the thrilled 'Den of Thieves' -- is he down for a sequel?!