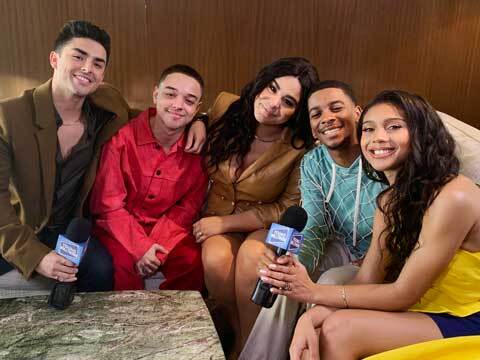 On My Block Cast Gush Over Cardi B, Rihanna, Beyoncé, & More

Netflix has really cornered the market on teen dramas these days, and one of their very best is "On My Block", who just entered their third season! The show, set in an inner-city Los Angeles neighborhood, highlights the trials and tribulations of a group of teens just trying to make it out of high school in one piece. Young Hollywood caught up with the talented young cast of the series, including Sierra Capri, Jason Genao, Brett Gray, Diego Tinoco, and Jessica Marie Garcia, where we challenged them to interview each other to learn a little bit more about themselves and the show! Find out what other Netflix series they'd love to do a crossover episode with, who the pranksters of the series are, and what deleted scene was "too hot for Netflix", plus they reveal their dream celebrity squad and a hidden talent most of the castmembers share!