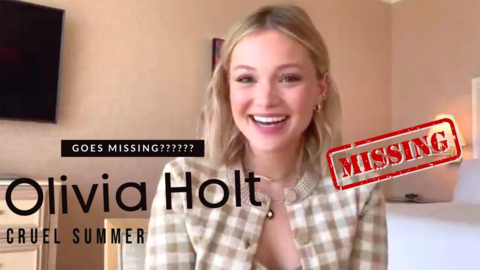 From her days as a Disney starlet all the way up to becoming a Marvel superhero, Olivia Holt is always stepping up her game. Now she's landed arguably her most intriguing role yet, as the popular yet (possibly?) imperiled teen Kate Wallis in Freeform's new thriller series "Cruel Summer"! Olivia makes her second Zoom appearance with Young Hollywood (though close enough we can see her beautiful face this time!) to tell us more about this exciting project, including her reaction to booking the role and filming in Dallas. She also shares her thoughts on the show from a fan's perspective and how she preps for those obligatory kissing scenes, plus she reveals what kind of '90s music her character would be most into!