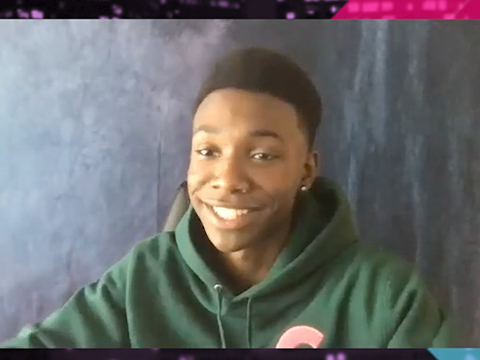 Niles Fitch has been making moves since he was a little kid, from touring with the Broadway production of 'The Lion King' musical to gracing our TV screens as the teenage Randall Pearson in NBC's award-winning drama series "This Is Us". Now, one of his most significant moves is taking on the role Tuma in the Disney+ original movie 'Secret Society of Second Born Royals'. Why is this role so significant, you ask? Because it makes Niles the first ever Black Disney prince! Young Hollywood catches up with Niles via Zoom to get his thoughts on this important milestone and what it means to him personally as a kid growing up on Disney Channel shows and watching Chadwick Boseman in 'Black Panther' for the first time. He also reveals how quarantine has been a blessing in disguise for him in some ways, plus he tells us what superpowers he would love to have IRL!

Beginner Skiing Tips with an Olympian

How To Win at Curling From US Winter Olympics Team

Tate McRae: 6 Months Ago vs. Now

Sistine & Sophia Stallone Talk Thirst Traps, Call Each Other Out, & Give Breakup Advice