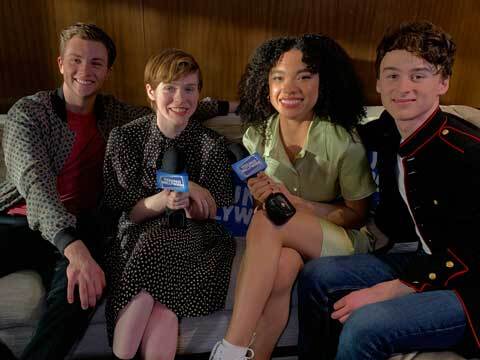 Netflix's I Am Not Okay with This Cast Interview Each Other

Netflix seems to have a knack for telling stories about young people saddled with the burden of un-asked-for superpowers and how they handle it in their day-to-day lives (and avoiding big shady government agencies trying to get their hands on them). The latest in this niche sub-genre of TV shows is "I Am Not Okay with This", starring IT's Sophia Lillis as an average teenager with not-so average skills! Young Hollywood catches up with Sophia and co-stars Richard Ellis, Sofia Bryant, and Wyatt Oleff where they do a Q&A with each other to find out more about them and the show! Find out what other Netflix show they'd love to do a crossover episode with (the answer will... probably not surprise you) and who the biggest prankster is on set, plus they reveal what celebrity they would love to have guest star on the show!