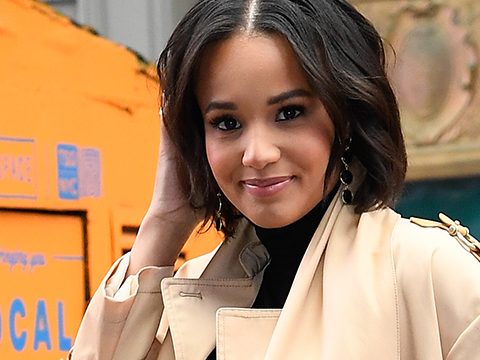 When it comes to being a well-rounded professional actress, newcomer Ashley Nicole Williams has it covered. While many emerging talents are forced to leave their education behind in order to pursue their Hollywood dream, Ashley said "thanks but I'm different" and has found a way to balance both! The full-time Baylor University student currently stars on Freeform's hit new fantasy series "Motherland: Fort Salem" as the bewitching Abigail Bellweather, but it almost didn't happen...! The actress joins Young Hollywood via Zoom from Dallas where she is sheltering in place during quarantine where she tells us the crazy story behind her casting -- or rather, how she lost the role to another actress but then was re-cast in the role! Meant to be? Quite possibly! She also intends to keep her creative juices flowing behind the camera as well, with plans to eventually write, produce, and star in her own projects! Plus, she's a budding fashionista! Find out which actresses she'd love to swap closets with!