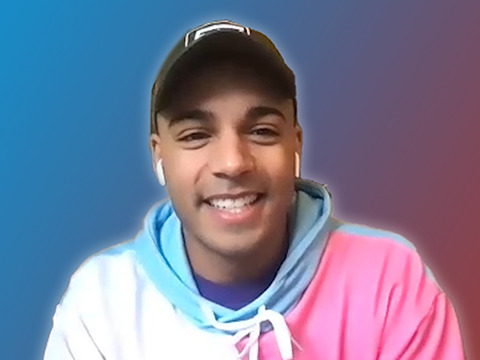 A lot has happened since Michael Evans Behling was in the YH Studio, not just with his character Jordan Baker on "All American" but with the entire process surrounding filming the 3rd season of the hit CW series! Young Hollywood catches back up with the actor via Zoom to get all the scoop on what set life has been like in the time of COVID and what protocols have been put in place to keep cast and crew safe while they make Season 3, including constant testing and stay-at-home training. MEB also discusses the evolution of his character since Season 1 and the impact his relationship with Simone has had on his maturity. Plus, he reminisces about goofing off on set with co-star Taye Diggs, reveals whether he is Team Spencer or Team Asher, and talks about what it's like to work with the show's real-life inspiration, Spencer Paysinger!