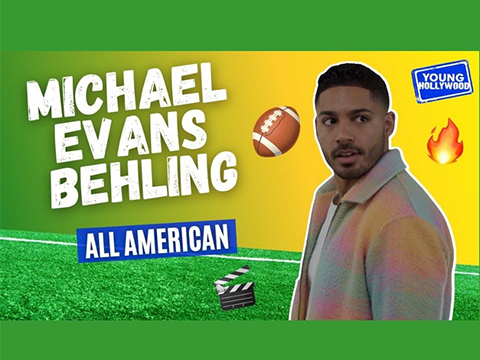 The Season 4 finale of one of our favorite TV shows and yours, The CW's "All American", blew us away so much that we just had to hit up our buddy Michael Evans Behling to dish all about it! Michael joins Young Hollywood via Zoom where we get him to share his thoughts on all the craziness and cliffhangers from the final episode, including a long-awaited kiss and a possible season-ending injury! It's a long off-season for the Beverly Hills High quarterback, but in the meantime, he'll be spending his time on his new talk show "Who Inspires Me with Michael Evans Behling" on the Clubhouse app getting to know some of his fave personalities. He also shares with us a dream gig he'd love to land following his run on "All American", plus find out why he is inspired by Jessica Alba, and we play a game of "This or That"!