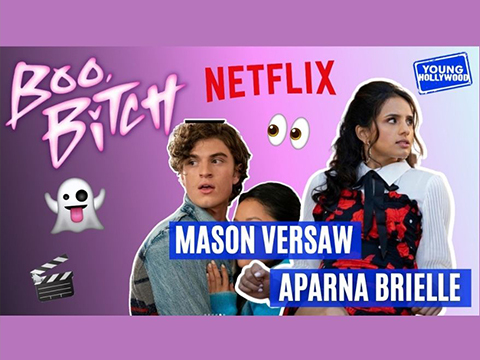 Spooky Season has come early thanks to Netflix and their hilarious limited series "Boo, Bitch", all about what happens when a high school senior wakes up on the eve of her graduation as a ghost! We catch up over Zoom with two of the stars of the series, Mason Versaw and Aparna Brielle, who play on-screen "it" couple Jake C. and Riley, who both figure heavily in to the life of Lana Condor's otherworldly character, Erika. The talented twosome tell us all about their experience working on this project, including the behind the scenes vibes among the cast and how they hope the fans have the same reaction to seeing the finished product as they did! They also share their thoughts on being a part of the prestigious Netflix Family and reveal what other Netflix show they are currently binging!