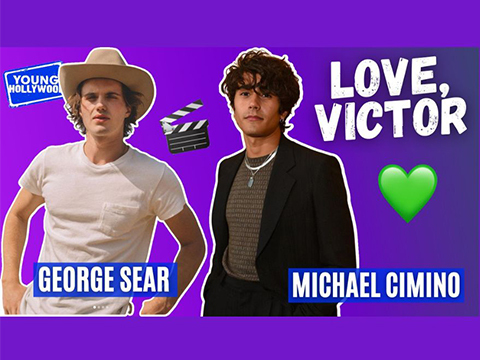 It's one bittersweet Pride Month when we are forced to have to say goodbye to our beloved characters from Creekwood High School as Hulu's teen dramedy romance series "Love, Victor" comes to an end with its third and final season. To mark the occasion, Young Hollywood catches up with the show's golden couple themselves, Victor and Benji, AKA Michael Cimino and George Sear, over Zoom to get their thoughts on the last season! They tell us how the vibe was behind the scenes during filming and what they will miss the most about being on set, as well as Victor's incredible growth as a character in such a short amount of time. The boys also speculate on what college their characters would likely attend, plus they reveal something in their own real lives that they did that was very scary but turned out to be so important in the end!