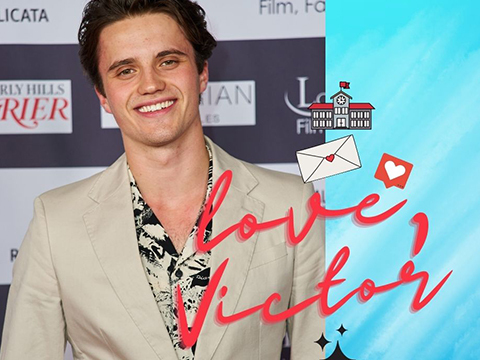 We fell in love with the characters and story from the movie 'Love, Simon' when it premiered in 2018, and we fell even harder for the Hulu spinoff series "Love, Victor" two years later! We've especially enjoyed the blossoming relationship between the titular Victor and his classmate Benji, played by the handsome and talented George Sear! Young Hollywood catches up with the charming Brit via Zoom, where he is currently soaking up some decidedly U.K.-ish weather in L.A.! George shares his thoughts on the much-anticipated second season of the series and how the move from Disney+ to Hulu has allowed the team to explore much more grown-up and realistic storylines! Then we pick the Benji part of George's brain to find out what sort of dream vacay Victor and Benji would take and what song would best represent them. Plus, George reveals what the cast likes to do together for fun when they're not filming!