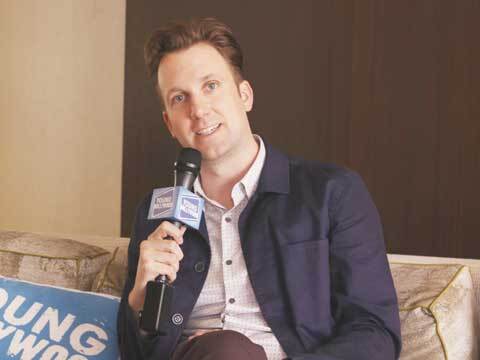 In the years following his stint as a correspondent on Comedy Central's long-running satirical news program "The Daily Show", comedian Jordan Klepper has branched out and found a voice of his own in the political satire genre. Now he's taking his unique perspective on the road in the new Comedy Central docu-series "Klepper", and he sits down with Young Hollywood during Viacom Press Day to scoop us on his latest venture! He tells us how his eagerness to highlight people trying to make a real difference and change regarding social issues is what prompted him to create this show, and he reveals the one change that he himself would love to be able to make with just a snap of his fingers. The show isn't without its snafus and controversies, though, such as getting arrested! But ever experience is one to learn and grow from, and in this particular instance, Jordan came away with some helpful tips for anyone who might find themselves posing for a mug shot! Plus, he reveals the one superstar he'd love to have a guest on his show, and he tells us three things we must have on-hand while watching his show!