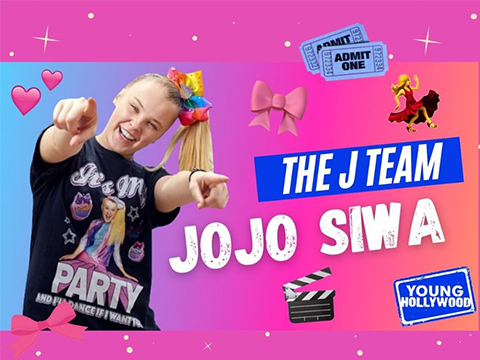 JoJo Siwa On Taking Off Her Bow For The J Team

By the time JoJo Siwa turned 18, she was already a powerhouse -- a media mogul in the making who has taken complete control of her own image and brand, and nothing is stopping her from total pop culture domination! Now, she is executive producing and starring in her own feature film coming to Paramount+, 'The J Team', in which she plays a fictionalized version of herself who is forced to reevaluate her passion for dancing after getting (gasp!) kicked out of her dance troupe. Young Hollywood catches up JoJo via Zoom to find out more about this project, 3 years in the making, and why she felt it was important to take off her signature bow for part of the film. She also shares with us an insane behind the scenes story about filming one of the movie's biggest musical numbers and what her plans are for the big premiere!