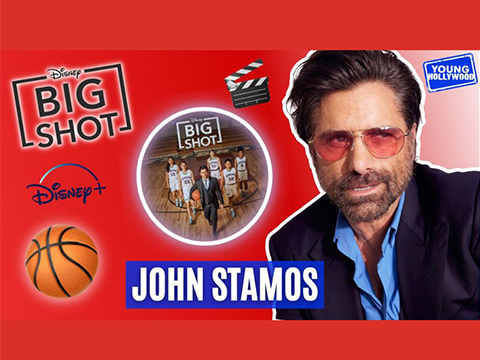 John Stamos has been a mainstay on our television screens since we were kids, and when your parents were kids too! Now he's continuing to keep in touch with the younger generations thanks to his role in the Disney+ sports dramedy "Big Shot" as the coach of an elite all-girls private high school basketball team! Now in its second season, Young Hollywood catches up with icon himself over Zoom where he tells us how he continues to learn more about the importance of social media in today's pop culture atmosphere and how his young co-stars keep him in the loop! He also reveals how that viral "Teenage Dirtbag" TikTok with himself and his "Full House" co-star Lori Loughlin came about, plus he tells us whether or not his basketball skills have improved thanks to the show!