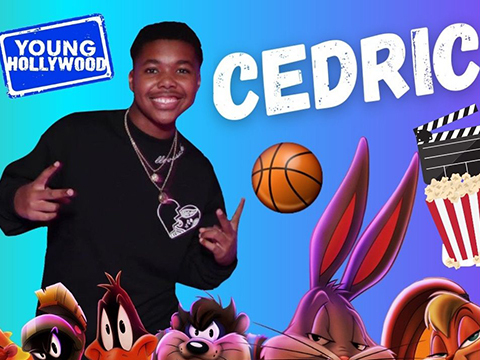 For any basketball fan, LeBron James is the ultimate. For a basketball fan AND an actor, getting to play Lebron's son is the absolute pinnacle! That is the envy-worthy position in which young actor Cedric Joe find himself in, as he steps into the role of Dom James in Warner Bros.'s long-awaited 'Space Jam' sequel, 'Space Jam: A New Legacy'! Young Hollywood catches up with Cedric via Zoom to find out more about this incredible experience and opportunity, including how Cedric feels he would fare in a little one-on-one with his on-screen dad! Plus, he tells us how basketball played a role in the audition process and how his skills have improved since filming the movie, and he reveals what sorts of things he's spent his well-earned money on!