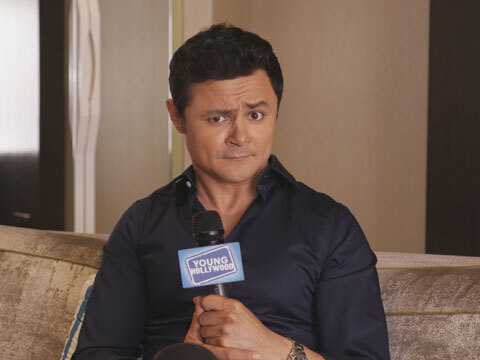 Fans of Comedy Central's "Broad City" will remember Arturo Castro as Jaimé, Ilana Glazer's gay roommate. Now, the network is giving the funnyman his own show, the sketch comedy series "Alternatino with Arturo Castro", which allows him to show off many different facets of his personality -- 45, to be exact! We catch up with the actor at Viacom Press Day to get more info on the show and what inspired him to create it. He talks about how the show will offer both laughs and learning, as he works to change the narratives surrounding the Latinx community in a unique and humorous way. He also reveals which girlbosses he'd love to have guest star on his show, plus he tells us what we need while watching the series and describes it in three different facial expressions!

Beginner Skiing Tips with an Olympian

How To Win at Curling From US Winter Olympics Team

Tate McRae: 6 Months Ago vs. Now

Sistine & Sophia Stallone Talk Thirst Traps, Call Each Other Out, & Give Breakup Advice