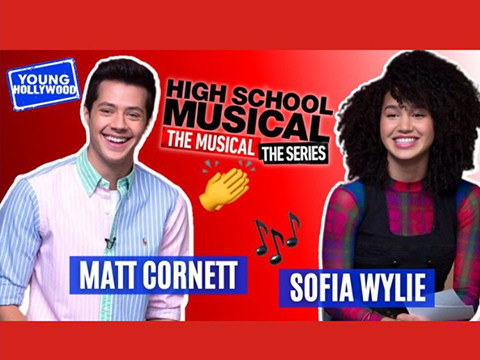 Big changes are coming for the kids of "High School Musical: The Musical - The Series", and things are definitely heating up between EJ and Gina! After that jaw-dropping kiss from the Season 3 trailer, it is clear that #Portwell is officially ON and we stan! Young Hollywood catches up with East High's hottest new couple themselves, better known as Matt Cornett and Sofia Wylie, to get all the juicy deets behind filming that landmark moment for their characters as well as what else to expect in the new season! They also reveal their thoughts about the on-set vibe on the first day of shooting the first season versus the third, plus they tell us what other characters from the show they would love to switch with!