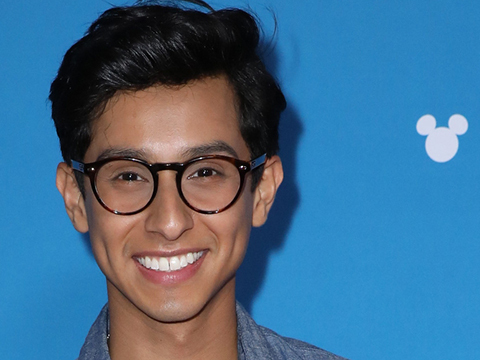 Anyone taking on a role in TV series spinoff of the iconic 'High School Musical' movies has some enormous dance shoes to fill, but the cast of Disney+'s "High School Musical: The Musical - The Series" are more than up for the task, especially Frankie Rodriguez! Young Hollywood catches up with the multi-talented actor via Zoom to find out what he's been up to during quarantine and if and how he's been keeping up with his castmates while in isolation! He also explains to us how the gravity of the situation -- that is, being in a HSM TV show -- still hasn't quite hit him yet, and he reveals whether or not he thinks he would be friends with his character Carlos if they went to high school together! Plus, we get him to spill on his castmates with a game of Who's Most Likely To; find out which of his co-stars is most likely to flub their lines, show up late, eat all the snacks at crafty, and more!