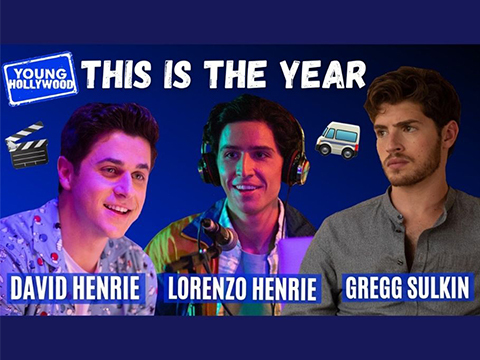 A year and some change ago, actor David Henrie was gearing up to release his directorial debut, 'This Is the Year. Due to the pandemic lockdown, he was only able to release the film online at the time. But now, the film -- executive produced by Selena Gomez -- has finally gotten its theatrical release and it's celebrations all around! Young Hollywood once more catches up with David and his brother/star of the film Lorenzo James Henrie, along with co-star Gregg Sulkin, to find out how everyone's feeling about this long overdue milestone! David and Gregg tell us how they first met (way back in the "Wizards of Waverly Place" days) and what made David think of Gregg for this role, plus we play a game of "Who's Most Likely To" to find out which one of them is always eating on set, who has the best sit fits, and more!