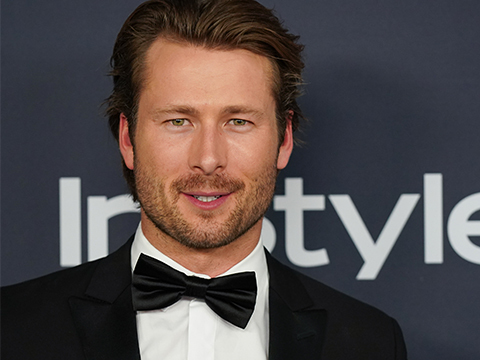 The last time we chatted with actor Glen Powell, he was taking on the role of none other than real-life legend, astronaut John Glenn, in 'Hidden Figures'. Now, he's taking on more icons in the form of roles in two separate epic franchises, 'Jurassic Park' and 'Top Gun'! We catch up with Glen via Zoom where he is chilling in Maine to find out more about his roles as Camp Counselor Dave in Netflix's animated series "Jurassic World: Camp Cretaceous" and as Hangman in the long-awaited sequel 'Top Gun: Maverick'! Working with Steven Spielberg AND Tom Cruise?! Just another day at the office for Glen! He also tells about how he listens to classic movie soundtracks to get him hype for his performances, plus he reveals why first screenings are always so nerve-wracking for him!