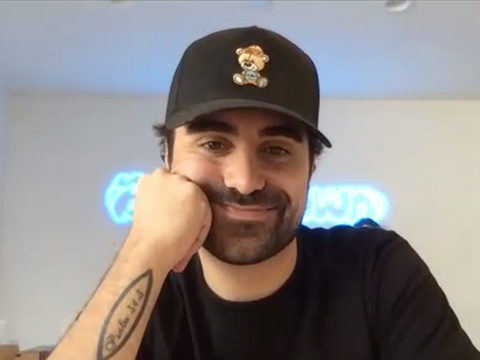 George Janko on No Escape & How Logan Paul Changed His Life

It takes a certain type of personality to not only gain a huge social media following but to also parlay that success into an acting career. But most importantly, it takes a solid work ethic! George Janko embodies all those traits, having come up from the world of Vine and YouTube to slaying his first auditions and now starring in his first ever feature film, 'No Escape'! Young Hollywood catches up with George via Zoom, where he tells us how quarantine required him to acquire some coffee-making skills (with varied results!) and also find out more about his big screen debut! He tells us about none other than Logan Paul was instrumental in his early success online and how shirking the norms landing him his first every acting role in this first ever audition! He also reveals why he didn't want to do the movie at first (and what changed his mind), plus he recalls the very awkward table read and tells us about a hilarious birthday prank he played on their director!