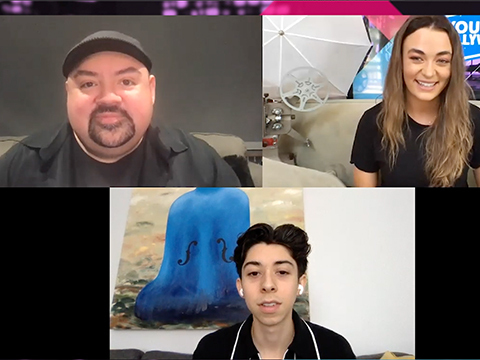 For decades, Gabriel Iglesias has been making up howl with laughter through his stand-up comedy, and his all-around positive vibes make him one of the most charismatic guys out there! Netflix, in their infinite wisdom (and good taste) brought his talents to the small screen with their fantastic sitcom series "Mr. Iglesias", which just dropped its second part on the streamer! Young Hollywood catches up with Gabe and his young co-star Fabrizio Guido to reminisce about the good old days (AKA the beginning of the year) when everyone from the show last got to hang out together and what they miss most about seeing each other on a regular basis. They also reveal whether or not they think the would be friends with their "Mr. Iglesias" character IRL, plus we play a game of "Most Likely To" with them to find out which of their castmates (including themselves) are most likely to forget lines, fall asleep on set, and eat all the snacks. Fingers crossed for a Part 3! Part 2 of "Mr Iglesias" is now available on Netflix!