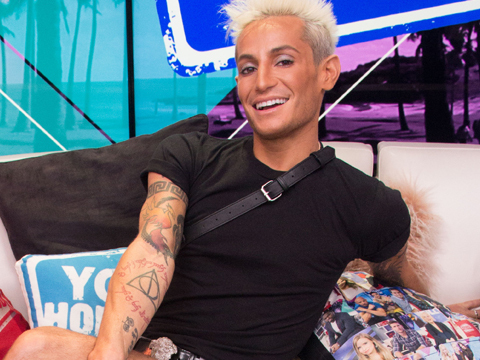 In the best of times and in the darkest of times, we can always count on Frankie Grande to bring a ray of sunshine into our lives! Whether he's failing our It Me Trivia challenge or facing his fears at Halloween Horror Nights, we here at Young Hollywood have had some particularly good times with him! So when the COVID-19 quarantine hit us, there was no doubt that Frankie would be there for us to keep us smiling and entertained, and, as expected, he has one hundred percent delivered! Frankie Grande joins Young Hollywood on Zoom where he gives us the scoop on all the projects he's been working on while self-isolating, including his wildly popular "Bathroom Talent Show" and his hilarious "Tiger King" parody (which he was more prepared for costume-wise than you might have thought)! He also discusses the challenges of filming his role for Nickelodeon's "Danger Force" completely from home without a crew, plus he reveals his current TikTok status, what he loves to do in his downtime, and the one person who can break through when he puts his phone on DND!