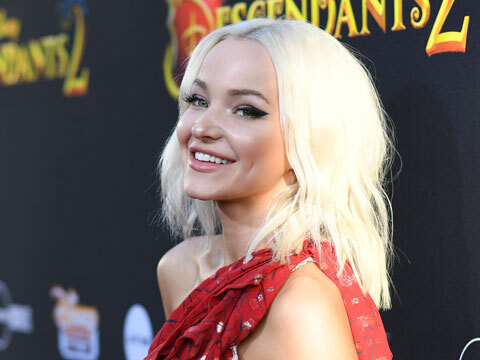 Young Hollywood has never not had a blast when hanging out with Dove Cameron, whether it was talking "Liv & Maddie" or being serenaded by her here in the Studio, or catching up with her on various red carpets around town, she has always been a joy to interview! Take a look back at just a few, out of many, of our favorite moments with the singer and actress, including: testing her knowledge of Marvel character quotes at San Diego Comic-Con; dishing on the moment she met Lana del Rey at the launch of her BELLAMI beauty line; revealing a romantic gesture gone wrong while at the Teen Choice Awards; and then back at the YH Studio where she gets her groove on with her 'Barely Lethal' co-stars Hailee Steinfeld and Sophie Turner! Stay cool, Dove!