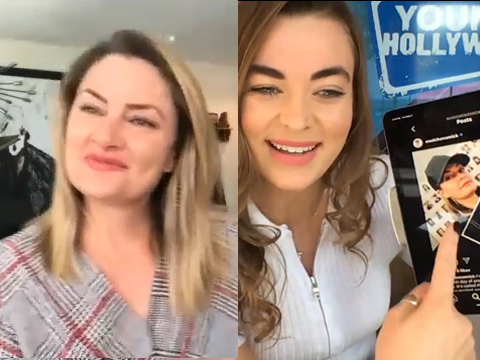 All the way back in Season 2, "Riverdale" actress Mädchen Amick started dropping hints that she would perhaps like to direct an episode of the hit CW series one day. And after dropping enough of those hints, her wish has finally been granted! Alice Cooper herself joins Young Hollywood on Zoom to hype us up for her big directorial debut, which also turns out to be the Season 4 finale of the show (truncated due to the pandemic shutting down production). She reveals how the cast reacted to having her behind the camera this time around (and which of her co-stars gave her "a hard time") and she also shares her thoughts on the departures of Marisol Nichols and her on-screen luv Skeet Ulrich. Plus, Mädchen weighs in on the heated Barchie vs. Bughead debate currently raging online and reveals which pairing Alice prefers, and she tells us how she has been keeping busy during quarantine writing and developing some new projects!