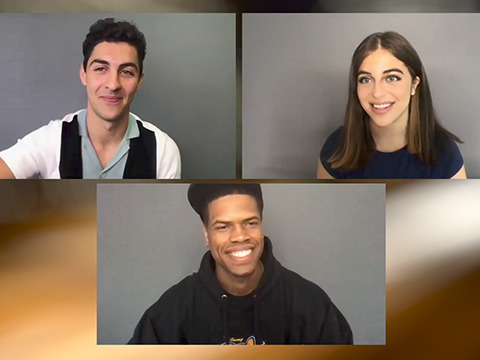 On "Disney Fan Jam", a new dance competition series on Disney Channel, two families compete together to win a grand prize with the help of choreographer Phil Wright, who is joined by on stage by co-hosts Trevor Tordjman and Ariel Martin (better known in social media circles as Baby Ariel). It's the feel-good show of an otherwise somber year, and Young Hollywood catches up with the talented threesome via Zoom to learn more about it! Find out which performances so far really stick out in their minds and what they themselves would do with that $10k prize money, plus they reveal what song they would dance to, which one of them takes the most selfies, and who is most likely to start a dance party on set!