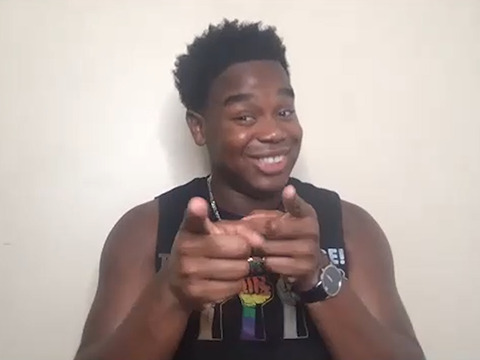 Star-on-the-rise Dexter Darden is no stranger to iconic film and television, having already had projects like Disney's "Victorious" and 'The Maze Runner' trilogy on his resumé. Now, he gets to add an iconic teen sitcom and a Hulu original movie to the list! Young Hollywood catches up with Dexter via Zoom, where he is currently in production for Peacock TV's much-anticipated reboot of the classic series "Saved By The Bell"! He tells us how the new season pays tribute to the OG while adjusting to be relevant to modern times and how he personally relates to his character Devante, and for those who are waiting for that Zack & Kelly reunion, Dexter has some good news for you! He also scoops us on his Hulu movie 'The Binge', which basically sounds like 'The Purge' except with drugs instead of murder, and what drew him to the role. 'The Binge' is now streaming on Hulu!