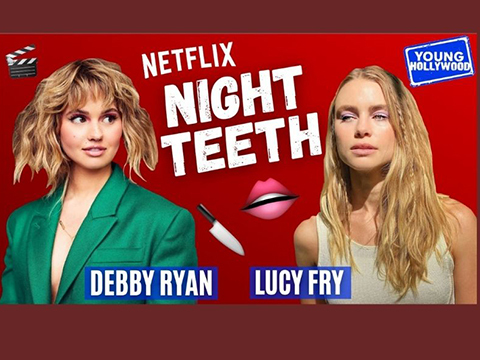 Every Spooky Season, Netflix manages to drop a new gem or two that gets everyone buzzing. This year, that buzzworthy project is 'Night Teeth', a star-studded horror-thriller about a part-time chauffeur who gets caught up in the underground world of Los Angeles's hidden vampire network. Two of the enticing bloodsuckers who get to sink their teeth into the young driver are played by none other than Debby Ryan and Lucy Fry, and Young Hollywood catches up with both of them via Zoom to find out more about this terrifyingly cool project, including how they prepared to play women who have been walking the earth for several decades to hundreds of years. They also discuss the unique relationship and bond between their two characters, Blaire and Zoe, plus they tell us about their experience meeting each other in real life for the first time! 'Night Teeth' is now streaming on Netflix!