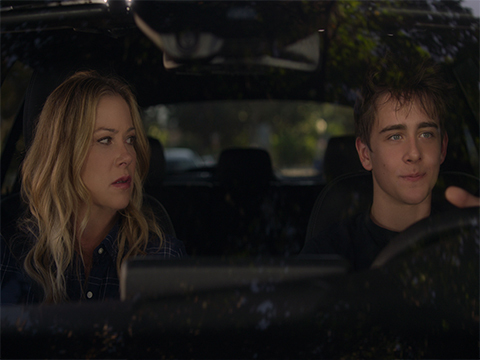 Netflix continues to prove that it can compete with the biggest cable and broadcast networks with its Golden Globe and Emmy-nominated dark comedy "Dead to Me", a hit with both audiences and critics and now in its second season! One of the breakout stars of the series is Sam McCarthy, who plays the older son of Christina Applegate's character and who sees himself playing a much bigger role in the sophomore season! Young Hollywood links up with Sam via Zoom to get the scoop on what he's been up to during the quarantine and his experience working on the new season of the show versus the first one. He reveals the very logical reason why he wasn't actually driving the car in Season 2 and the reaction of his friends to seeing him on the small screen, plus he tells us what "Breaking Bad" character he dreams of playing the younger version of, and he plays a game of "This or That" with us! Season 2 of "Dead to Me" is now available to binge on Netflix!