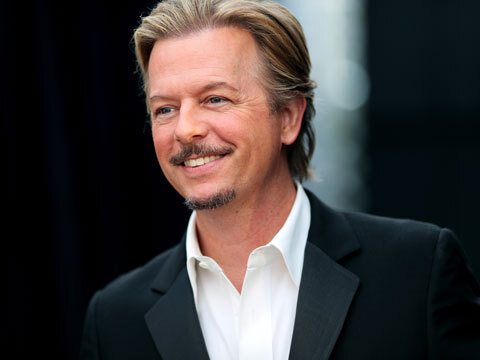 David Spade has been lending his particular brand of commentary to current events going all the way back to his "Saturday Night Live" and stand-up days, so it was only a matter of time before he returned to the news desk to share his thoughts on the world today! He's back on his game, this time for Comedy Central, with his new talk show "Lights Out with David Spade"! Young Hollywood catches up with the legendary comic at Viacom Press Day to learn more about this series and find out why he's focusing more on celebrity news rather than politics, as well as what sort of guests to expect on the show. He also explains the origins of his hilarious "Game of Thrones" reviews during the final season, plus he shares his thoughts on Ansel Elgort's selfie spree!