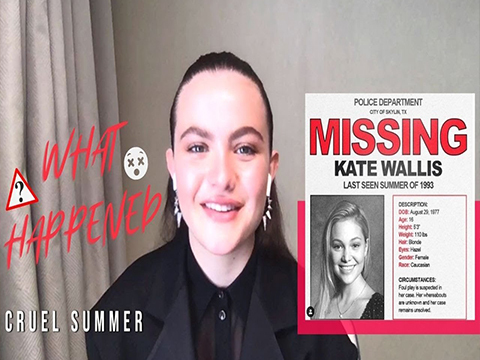 What happens when you combine "Pretty Little Liars", "Stranger Things", and "13 Reasons Why"? Only Freeform's newest sure-to-be weekly obsession "Cruel Summer"! The mystery-thriller stars Chiara Aurelia as Jeanette, a high school girl who receives a conveniently-timed boost in popularity after another popular teen goes missing. Sounds pretty suspicious, right? Well, Young Hollywood catches up with Chiara herself via Zoom to get to the bottom of Jeanette's deal, and she has thoughts about her enigmatic character! She also tells us about some prank wars on set and what it's like to see her face on billboards all over L.A., plus she reveals how she found out she booked the role and her hopes for how the fans will react to the show!