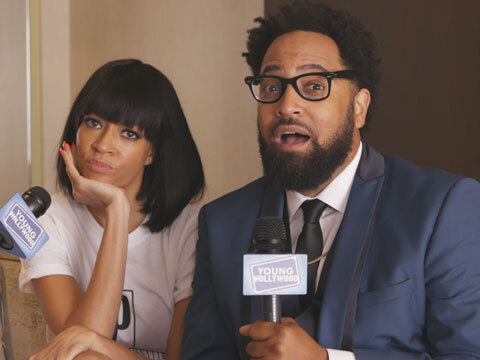 They say "write what you know", and if there are two things that writer Diallo Riddle knows, it's being funny and his hometown of Chicago. His love for the South Side of the city combined with his creative talents is what lead to the Comedy Central series "South Side", which portrays the often misunderstood Chitown neighborhood in a new and joyful light. Diallo is joined by one of the stars of the series (and fellow native South Sider), Chandra Russell, at Viacom Press Day where Young Hollywood chats with them about how the show is similar to "Trailer Park Boys" and dispelling some myths about deep-dish pizza! Diallo and Chandra also send out a plea directly to none other than Chicago heroes Barack & Michelle Obama to make a special guest appearance in Season 2! Yes They Can!