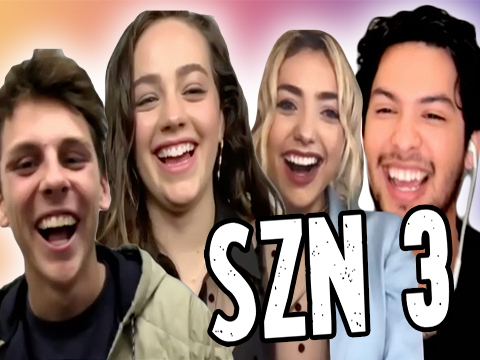 Cobra Kai never dies, and we are definitely happy about that! Season 3 of the enormously popular 'Karate Kid' sequel series is set to drop on Netflix, and Young Hollywood is set to do some wax on, wax off with the talented younger stars of the show, including Mary Mouser (Sam Russo), Xolo Maridueña (Miguel Diaz), Jacob Bertrand (Eli/Hawk), and Peyton List (Tory)! The actors tease the anticipated third season by describing it for us in 3 words and also share how their karate training differed from seasons past, encouraging them to really push their own limits, physically. Plus, the actors tell us who they think could win in an IRL karate brawl! "Cobra Kai" Season 3 drops on January 1!