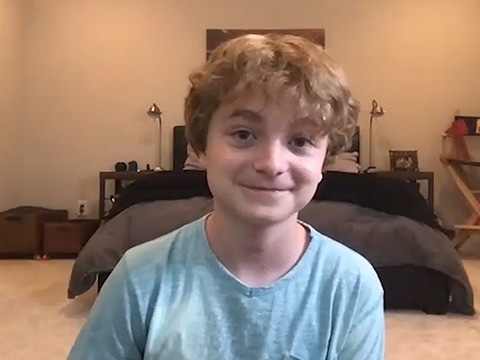 Bunk'd Star Reveals a Typical Day On The Bunk'd Set

As much as we might be missing new episodes of our favorite TV shows due to the quarantine and almost complete shutdown of film & television production, the folks actually working on those productions are feeling it even worse. Not only is it their job, but the camaraderie of once crew and castmates is something that can't be replaced. Even so, Will Buie Jr. and his co-stars from Disney Channel's hit series "Bunk'd" have been making due, and he tells Young Hollywood via Zoom how he and his Bunk'd-mates stay in touch by having virtual scavenger hunts, baking sessions, and just some good ol' Facetime calls. Will tells us about other ways he's been keeping busy, like doing IG Lives and binge-watching "Outer Banks", as well as keeping occupied with his car obsession! We indulge his love of cars by playing The Car Quiz to find out which car he would choose for different situations (and people), plus he reveals what a typical day on the set of "Bunk'd" is like!