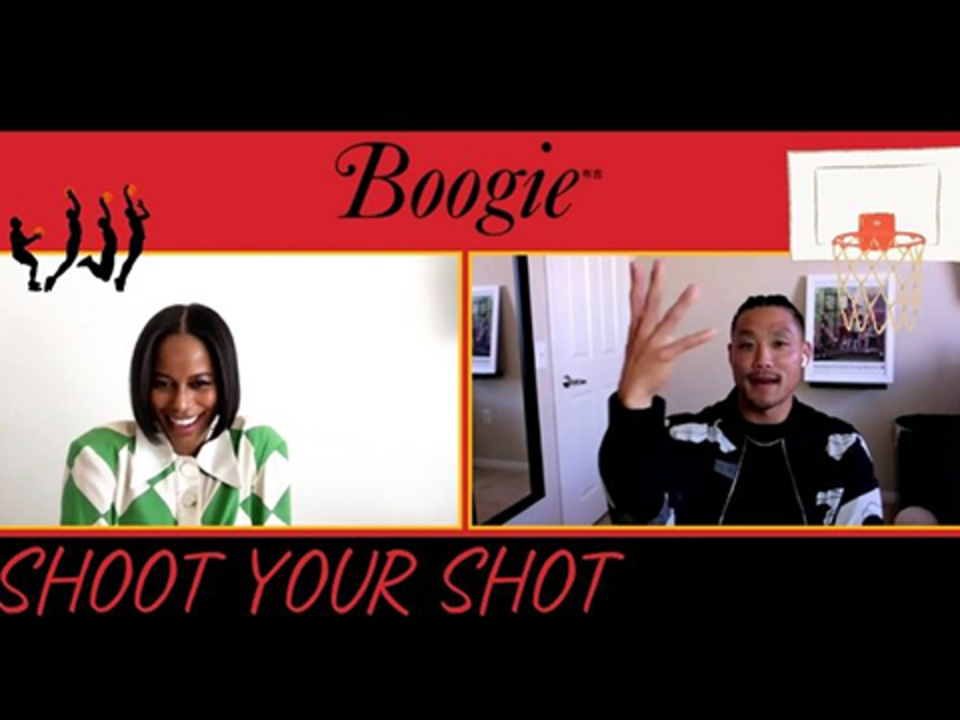 If you were a fan of the ABC sitcom "Fresh Off The Boat", based on the childhood of celebrity chef Eddie Huang, then you know that Eddie has always been a huge basketball fan. So it was only a matter of time before the sport made its way into Eddie's creative ventures. Enter 'Boogie', written and directed by Huang, a coming-of-age story of a Chinese-American basketball phenom with big NBA dreams. Young Hollywood catches up with "Boogie" himself, Taylor Takahashi, and co-star Taylour Paige via Zoom to get their thoughts and feels on the film's release and what they hope audiences take away from the experience! They also reveal some of their other favorite tracks by Pop Smoke, whose song "AP" from the movie's soundtrack blew up on TikTok, plus they tell us the one way someone could successfully shoot their shot for them!