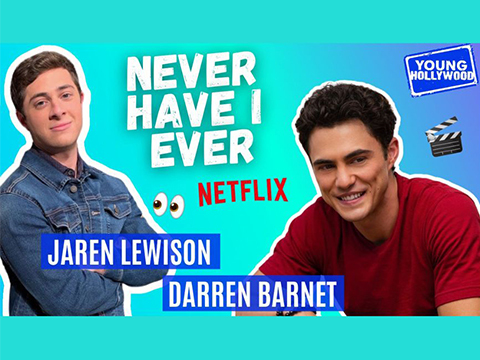 In the darkest days of the pandemic, Mindy Kaling's "Never Have I Ever" was a ray of sunshine and a balm on our hearts as we eagerly followed the romantic misadventures of Indian-American teen Devi. Now, Season 3 is in our lives and we've never been more invested in the love triangle between her, hunky Paxton, and brainy Ben! Young Hollywood catches up with those two young men in question who have helped make Devi's life so complicated, better know as Darren Barnet and Jaren Lewison, to find out their characters have evolved over these 3 seasons and their thoughts on the huge fan response to the show! They also reveal whether or not they have peeped all those hilarious TikTok edits and tell us their favorite Olivia Rodrigo bops, plus we find out if they are Team Paxton or Team Ben IRL!