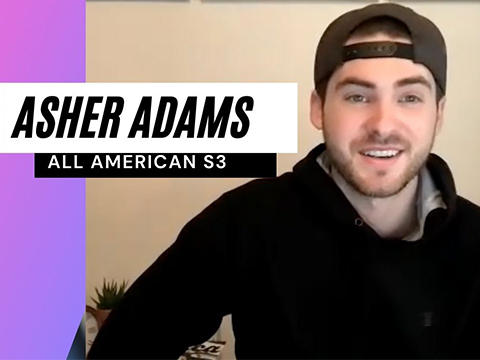 Season 3 of The CW's "All American" might be its most anticipated season yet, thanks in large part to the show's exploding popularity on TikTok in the early days of quarantine! And one of the stars of the high school football drama who has gotten a particular amount of buzz in Cody Christian, Beverly High's troubled wide receiver and co-offensive captain Asher Adams! Young Hollywood catches up with Cody via Zoom to chat about production life in the time of COVID and the show's viral influence in the past year. He also reveals whether he is Team Spencer or Team Asher when it comes to Olivia's affections, plus he plays a game of "Who's Most Likely: Beverly Edition" where he shares his thoughts on which characters would be most likely to go pro, become a coach, and more!